How to Spend 4 Days in Tokyo

Tokyo was the first stop of our two week trip to Japan. After doing some research and deciding we wanted to spend more of our time in Kyoto, we were left with four full days in Tokyo. Despite the short time here, we had a long list of places we wanted to go and things we wanted to see.

We knew that travelling with a 14 month old and 3 year old would likely mean seeing only a portion of the places on our list.  In addition, like many of our trips, we incorporated pockets of time throughout our days to give the kids space to just play at playgrounds.

We arrived in Tokyo late in the afternoon after an 11 hour flight from Calgary, Canada and very little sleep. By the time we found our Tokyo vacation home rental apartment and got settled it was time to for bed.

The Tsukiji Market is a wholesale fish market with a famous tuna auction that starts in the wee hours of the morning.  As fun as the tuna auction sounds, we decided not to haul our kids there at 4am.

That’s about the time we were all just getting back to sleep after the kids woke up at 11pm.  Getting going on that first day is always a little slow, but we were out around 9:30 that morning.

We were faced with heavy rains as we were leaving our apartment, but that wasn’t going to stop us on our first day in Tokyo.  Our apartment was well equipped with umbrellas for us plus we had packed rain gear.  As we arrived at the market around 10 am, we had missed a lot of the morning action however, given that we had two small children we preferred it to be less busy.

The small side streets (outer market) surrounding the inner market, where you’ll find many restaurants and shops, were very busy.  The inner market where the wholesale fish business is conducted was fun and interesting to watch.

The lanes between the stalls are quite narrow and, as it is a working fish market, there are many trucks and carts moving around.  Travelling with two small kids meant we needed to be aware of what was going on and make sure we weren’t getting in the way.  We recommend bringing a baby carrier or wrap, as the market is quite busy, with narrow corridors – a stroller would not be fun.

Our daughter was intrigued with all the fish and was full of questions.  Several of the vendors took the time to show her interesting shellfish, etc.  She loved it! In fact, she talked about the fish market for days afterwards and wanted us to tell her about all the different fish we saw.

With the constant commotion in the market and the effects of toddler jet lag on all of us, we didn’t stay too long.

TRAVEL TIP: Check the opening time for the inner market, as tourists are only allowed in after a certain time of day.  Also, watch for changes to the location of the Tsukiji Fish Market as it is expected to move to a new site.

After a midday nap for the kids, we took a walk to Ueno Park, which was close to our apartment.  With over 10 million people visiting this park every year, it is one of Japan’s most popular parks.  It is home to several museums, temples, shrines, and even the Ueno Zoo.  We weren’t there during cherry blossom viewing time, but this park is one of the most popular spots for cherry blossoms.  With over 8800 trees, this park is also a great spot to get a little time in nature.

Since we were there late afternoon, we spent most of our time walking along the tree lined paths.  The zoo and amusement park were closed but we found a nearby playground.  We should have walked just a little further before stopping at the playground, as there is a Starbucks nearby.  After letting the kids play, we continued our walk.

As we were leaving the park we stopped at the Kiyomizu Kannon Temple.  This temple is home to an image of Kosodate Kannon, the goddess of conception, and often visited by women hoping to conceive.  Had we known this in advance we may have skipped it! Ha, ha!

Oh good, our kids most certainly have jet lag.  Our 3 yr old was up at 3 am and the baby was up at 5 am.  The only thing we could do was go with the flow, so we took advantage and got out the door by 7am for our 20 minute walk to Sensō-ji Temple in the Asaskusa district.  There’s one benefit of travelling with young kids – they are up early and you can get to see the sights before anyone else!

Sensō-ji is an ancient Buddhist temple and besides being Tokyo’s oldest temple, it is also one of the most popular. Unfortunately, the Pagoda was under construction (until September 2017), but we still enjoyed exploring the grounds.

Our daughter could have stayed to watch the carp in one of the ponds for ages.  We also had fun checking our fortunes in the main building of the temple.

As we were leaving, we walked down Nakamise-dori, which is Asakusa’s most famous shopping street. We left around 9am as the crowds were starting to arrive.

Trying to ensure our kids were recovering from jet lag, we made sure to give our little guy a good morning nap, as we got ready for a walk to the Akihabara district, famous for the electronics shops plus many places devoted to anime and manga.

As to be expected, the kids were not overly interested so we went for a quick walk around, grabbed lunch and let them play at a playground.  We found a second playground that afternoon closer to our apartment to give them even more time to burn energy and got them to bed early.

We entered the park through the massive torii gate and were instantly transported into a tranquil forest.  With over 100,000 trees from all over Japan, it’s hard not to feel like you are in the middle of a forest.

It was a 10 minute walk to get to the main buildings of the shrine.  We enjoyed watching people take part in many of the Shinto activities, like writing out a wish on an ema, a wooden plate left at the shrine.

TRAVEL TIP: Expect some construction as preparations are made to celebrate the Shrine’s 100th anniversary in 2020.

We took a less popular route back out of the park to get to our next destination – Shibuya Crossing, the busiest intersection in the world.  The flashy and fashionable Shibuya area has many excellent shopping and eating options.  We had fun making our way across the crossing a few times, then we headed back home on the subway.

Unfortunately, you can’t plan for when one of your kids gets sick.  Our little guy was not feeling well and when we put him down for a late afternoon nap, he ended up being down for the night.

On our last day in Tokyo, we decided to do the Imperial Palace Gardens because it would also allow us to figure out where we had to go the next day to catch our train high-speed train to Kyoto.

We also wanted to see if we could find Bento boxes for lunch for our trip.  In some ways, this was a bit of wasted time, but travelling with small kids means that you are often running late.  We wanted to be well prepared to avoid any chance of missing our train.

Once inside the gates and past the guards station, we found a spot in the shade to eat our lunch, then we took a walk around.  Inside is a massive green space with a main paved pathway plus paths throughout the many different gardens.  This is another excellent place to escape the hustle and bustle of the city.

For a similar itinerary with some great food suggestions, check out this Tokyo Itinerary!

It was well worth the effort on our previous day to ensure we knew exactly where we needed to go!  Things can get a little chaotic travelling with all your luggage and two little kids.  Tokyo station is incredibly busy but we did find it easy enough to navigate.

We followed all the online advice and got ourselves bento boxes for the train ride.  Again, this was an experience in itself.  We were thankful for the plastic food displays to help us amongst the hoards of people trying to do the exact same thing.

There are many family-friendly Tokyo hotels and vacation home rentals.

Previous
Phoenix with a Baby or Toddler 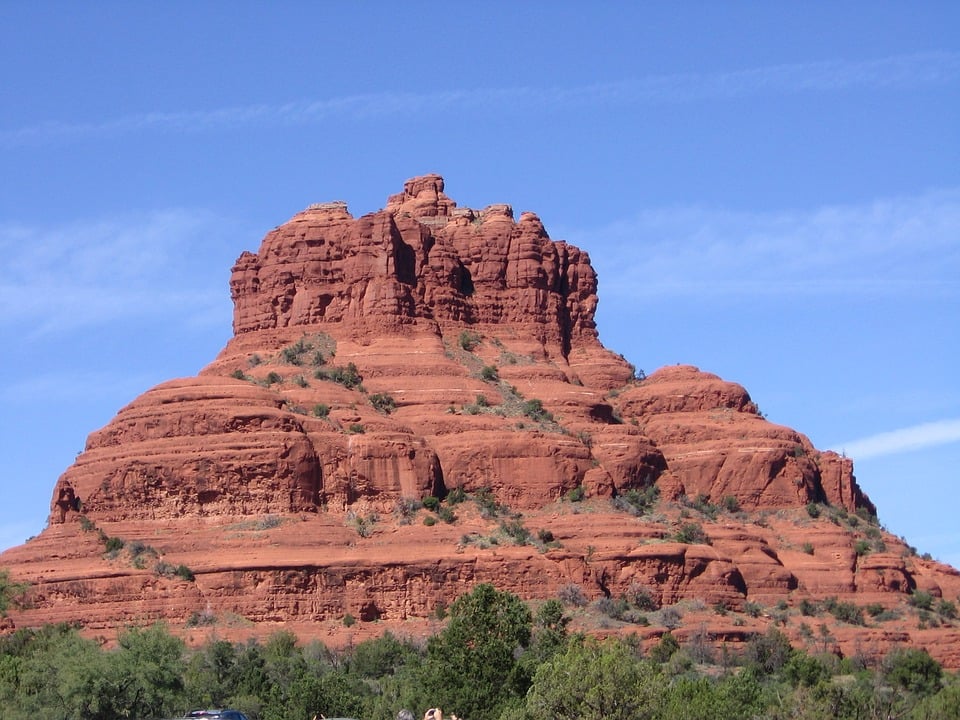 Next
Baby Friendly Hotels and Apartments in Sedona
Comments are closed.